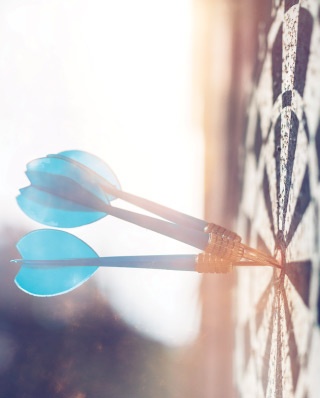 The linguistic challenges in international arbitration can be both numerous and significant, with the potential to not only increase the cost and time spent on proceedings, but actually impact the entire outcome of the case.

Accurately transposing a document from one country’s legal system to another language is extremely complex, with legal concepts and terms that may look similar on the surface actually being completely incompatible with each other. It means that legal translators must have the training and skills necessary to understand the different legal meanings of words within the respective procedural systems, in order to ensure the same legal implications and consequences follow from the translated document.

Equally important is the need for accuracy in the discovery phase of a case. A properly translated document can mean the difference between finding a key point of evidence and spending weeks sifting through frustratingly incomprehensible jargon. And should you need to review or correct a bad translation, this inevitably adds to both the cost and time spent on a case that could have been better used elsewhere.

This complexity is magnified many times by the number of languages that can be involved in an international arbitration tribunal. Global organizations can present evidence and witness statements in any number of separate languages, along with applicable foreign laws or international rules, all of which then have to be translated into the language of arbitration – which can also be completely different.

The language of arbitration

If using simultaneous or consecutive interpreters, make sure you find one with experience of interpreting oral statements at a tribunal. It is vitally important that oral statements are not altered or refined beyond the originally intended meaning; doing so would change the interpreters role from one of simply interpreting the language to engaging in the argument process, which could jeopardize the outcome of the tribunal.

Where there are foreign laws or international rules that are applicable to the dispute, the translation must also be done by an experienced practitioner, so that the legal provision itself is not modified along with the language. The reason for this is that any change in the legal provision would become open to statutory interpretation, the authority for which should belong exclusively to the arbitral tribunal. One way to decrease the chances of being challenged by the other party is for both parties to agree the joint appointment of a single translation partner. This would reduce the risk of disputes arising from potentially ambiguous phrases being translated in favor of the translating party, as well as increasing consistency in terminology and reducing both time and cost for the case.

Where the language used in a disputed contract is different to the language of arbitration, the translation of its provisions and terms should simply be a faithful and accurate transformation from one language to another. Again, the complexity of legal translations means that only a legally trained translator should be trusted to do this without altering the understanding of the terms and provisions in the new language. Any alteration would become a de facto part of contractual interpretation, the authority for which should belong to the arbitral tribunal alone. Here again, a jointly appointed translator can reduce the risk of disputes arising from the interpretation of contractual provisions.

Witness statements and other documents submitted as evidence

Should witness or expert witness statements – or any other document submitted to the arbitral tribunal – require translation, the translated document becomes part of the fact-finding process. This makes it subject to the rules of evidence and the translation itself can be challenged by the other party. This makes it all the more important that you feel comfortable in the knowledge that your translators are producing true and accurate renditions of your documents in other languages.

Rather than collating quotes and picking the cheapest option, it makes sense to build a relationship with a single provider to ensure consistency across all translations that will be used in your case.

Start by testing the technical and legal proficiency of their translators to ensure they are using relevant legal and subject matter experts. Next, request that a project glossary is created, with the key terms of the case found across your documents listed alongside your vendor’s preferred translation. For cases involving non-Roman languages, it’s also worth requesting that the transliteration of names be agreed on and included in the glossary.

Once you’ve found a company with the people, processes and expertise to inspire confidence, you’re in a strong position to build a relationship of close cooperation, allowing the firm to better understand your needs and minimizing the risk of shoddy translations hurting your case.